Which part of Africa is Mgahinga National Park?

Which part of Africa is Mgahinga National Park? 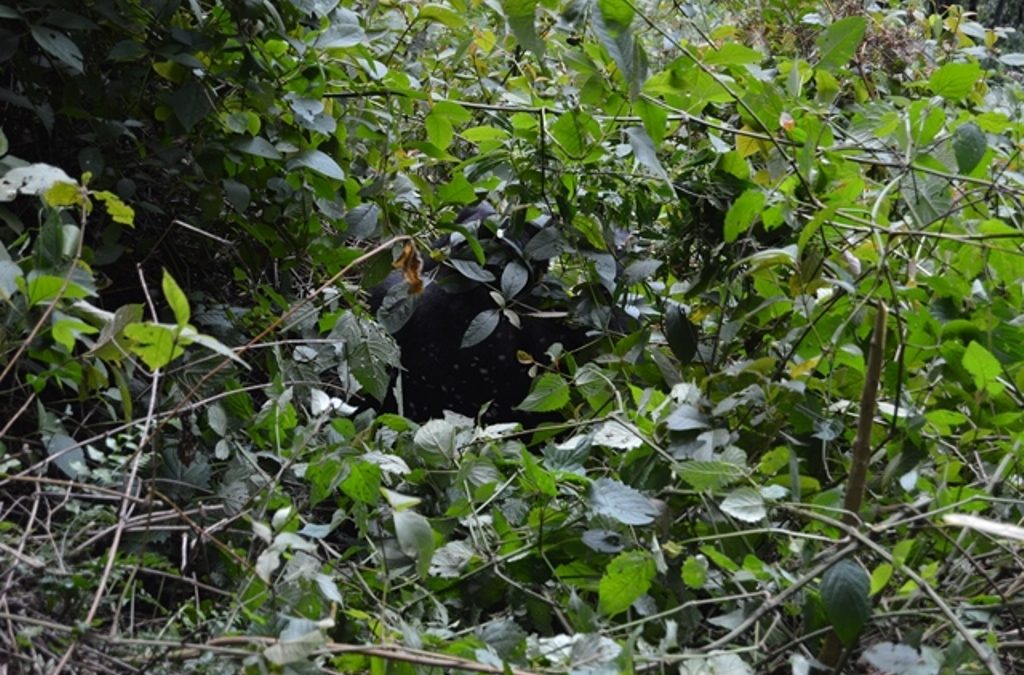 Mgahinga National Park is among the ten National Parks in Uganda for tourism and the second national park for specially gorilla tourism. This park is such a beauty that you should not miss out while visiting Uganda. It is under the management of Uganda wildlife Authority, a government body in charge of all the conservation areas in Uganda.

What to do and see in Mgahinga National Park?

Uganda as a country is endowed with diversity to see and do, Mgahinga national park is worth your time and visit as it has a lot to see and do as detailed below.

Mgahinga National Park is another unique place in Uganda for the amazing gorilla tourism. Gorilla trekking is visiting the rare mountain gorillas in their natural environment as you view their beauty, the way they move, feed, and live. The gorillas are known to have 99% of the human DNA and are amazing to Watch. Mgahinga National Park has one habituation gorilla family known as Nyakagezi gorilla family available for trekking every day. Only eight visitors are allowed to visit per pay for only one hour of Viewing once you find the gorillas.

For a successful gorilla trek in Mgahinga national park, you are required to have a valid gorilla permit secured from Uganda wildlife Authority for your desired date of trek at USD700 for Foreign Non-Residents, USD600 for Foreign Residents, and Uganda shillings 250,000 for East African citizens. One the day of the trek, you will drive to the Park Headquarters for briefing on the regulations to follow while in the forest and with the gorillas, experienced guides and Park rangers will accompany you on the trek into the dense rain forest on the mountain slopes. The journey, through dense foliage and up steep climbs, is abundantly rewarded with the lifetime experience of viewing mountain gorillas in their natural habitat. You will have an opportunity to be within 7-5 meters of these magnificent apes, sharing in their daily lives and experiencing their day-to-day activities. You will be allowed one hour of viewing the gorillas and then return to the starting point to receive a certificate for a successful gorilla trek.

Golden Monkeys are also rare primates in the world and Uganda is lucky to have them remaining in Mgahinga national park. Golden monkey tracking is one of the primary activities in the park that make Mgahinga gorilla national park a distinct destination. There are two communities of golden monkeys habituated for trekking, golden monkey trekking permit costs USD100 as per the Uganda wildlife Authority Tariff of 2020-2021. The trek starts early morning at 7:00am with briefing at the park headquarters about the dos and don’ts while in the forest. Later you start your walk into the forest with park guides and Rangers until you find the golden Monkeys and you are allowed to view them for one hour. In East Africa, the golden monkeys are only found in Volcanoes National Park in Rwanda and Mgahinga National Park in Uganda.

For those interested in Hiking, Mgahinga gorilla national park also popularly known for Volcano climbing of the gahinga Ranges.  The national park has three of the six Virunga mountain chain namely; Mountain Sabyinyo, Mountain Gahinga and Mountain Muhabura and you can make a choice of climbing one of the mountains depending on your fitness.  Mountain Sabinyo is at 3,669m and takes about eight hours to cover the round trip, following a steep ridge up to the peak, Mountain Gahinga which is the smallest with 3474m takes around six hours to ascend and descend, topped by a swamp-filled crater and giant lobelia.  Mountain Muhavura is the highest peak at 4,127m, and this 12km round trip takes around eight hours. Once at the top, hikers are rewarded on a clear day with views of the Virunga Volcanoes, Lake Edward, Bwindi Impenetrable Forest and the peaks of the Rwenzori Mountain .Volcano Hiking experience gives you an opportunity to see different tree species, spot birds, Forest Elephants, Primates and Gorillas if you are lucky enough in Mgahinga National Park.

Cultural experience is one of the highlights of the gorilla safari in Uganda, Mgahinga national park used to harbor the Batwa Pygmies in the forest who were evacuated as a conservation measure of the endangered apes and primates. The Batwa cultural encounter will expose you their unique culture, dance, way of life, the food they eat as they introduce you to their traditional forest life. In the trail, The Batwa will lead into the forest in which they demonstrate their traditional forest life such as hunting, fruit gathering, collecting honey and performing rituals among others. These batwa trails are organized to appreciate culture and also support the livelihoods of the communities around the park by paying a fee. Donations to children, women groups are much appreciated and also buying soverniors supports the community. Visit Mgahinga national park with Encounter Africa Safaris for an amazing adventure.

Bird watching is one the best activities Mgahinga national park can offer for those interested in Bird species. The park has about 79 bird species have thus far been recorded including several species endemic to the East Congo Montane region where Mgahinga is part. Some of the birds you can spot are the Dusky turtle Dove, Cape Robin-chat, Kivu-ground Thrush, Olive Thrush, Brown-crowned Tchagra, Bronze Sunbird, Regal Sunbird, Blue-headed Sunbird, Rwenzori Batis, Black-headed Waxbill and Streaky Seedeater, the Chubb’s Cisticola, Red-faced Woodland Warbler, Banded Prinia and Doherty’s Bush-shrike among others are  inconspicuous inhabitants of the tangled vegetation at the forest’s edge. Birding takes place at the gorge between mountain Sabinyo and Mountain Gahinga as well as at the forest Age, the birding trail is about four hour walk as guides help you to identify the sounds and the birds. We do have birding safaris and professional guides equipped with birding knowledge.

Uganda wildlife Authority established nature walk trails in Mgahinga National Park for guided walks for visitors.  The guided walks can start at any time of the day depending on the time the visitor has, during the walks, you will be able to see the different tree species, Forest birds, swamps, Lakes like Lake Mutanda, Lake Chahafi and many more. You will be guide on different tracks for a thrilling experience.

Mgahinga gorilla National Park can easily be accessed from Kigali in Rwanda just four hour drive from to the Park, through the Chanika boarder between Uganda and Rwanda. The drive from Kigali can start from the Airport /hotel with a city tour of Kigali and then cross into Kisoro district in Uganda for Lunch and overnight. You can also access Mgahinga National park from Entebbe/Kampala, where you will drive approximately 9-10 hours’ drive on Kampala-Mbarara- Kisoro highway to the park. There is also and option of flying from Entebbe international Airport or Kajjansi Airstrip and the flight is about 2 hours into Kisoro Airstrip. There are scheduled flights departing every day with Aerolink Uganda and other flight companies, charter flights are also available. We can tailor your trip and you visit other parks with also a visit to Mgahinga national for an amazing experience.

Mgahinga National Park has a number of accommodation choices where you can stay while on your visit. Most of the lodges are found in the out skirts of the forest with a clear view of the forest and the mountain ranges. The Lodges range from Budget to Luxury and these include; Gahinga Lodge which is a luxury hotel, Lake Chahafi Lodge, Lake Muhele Lodge which can serve as for both Midrange and Budget. There is also an option of staying in hotels in Kisoro town, the town is just 30 minutes’ drive to the Park headquarters. Some the travelers opt to stay in Lodges/Camps in Rushaga sector of Bwindi Impenetrable National Park as it is about 1 hour drive to Mgahinga National Park.

Why book with Encounter Africa safaris to Mgahinga National Park?

Encounter Africa safaris offers amazing experiences Mgahinga national Park, the rest of Uganda and the East African region as a whole.  Contact us for our discounted packages and also tailor made trips. Our magic in organizing authentic experience stems from the fact that we have overtime assembled a team mixed with young and energetic staff guided by well experienced mature managers and directors who are Ugandans and passionate about what they do. Encounter Africa Safaris is highly rated and reviewed on trip Advisor and safari bookings to help you learn on the experiences of the other travelers who have traveled with us. 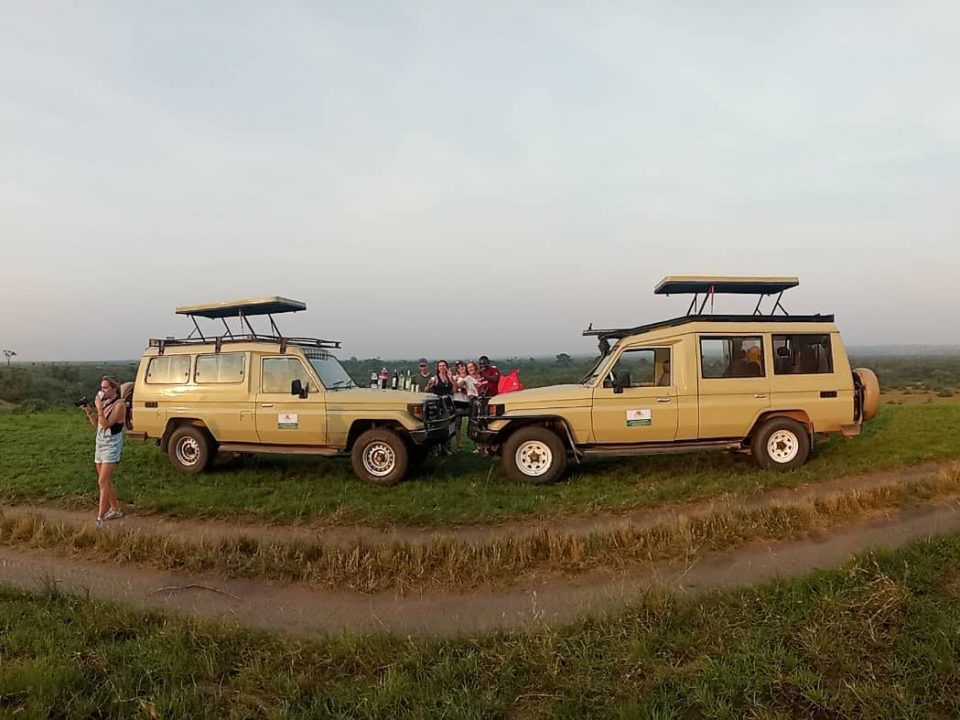 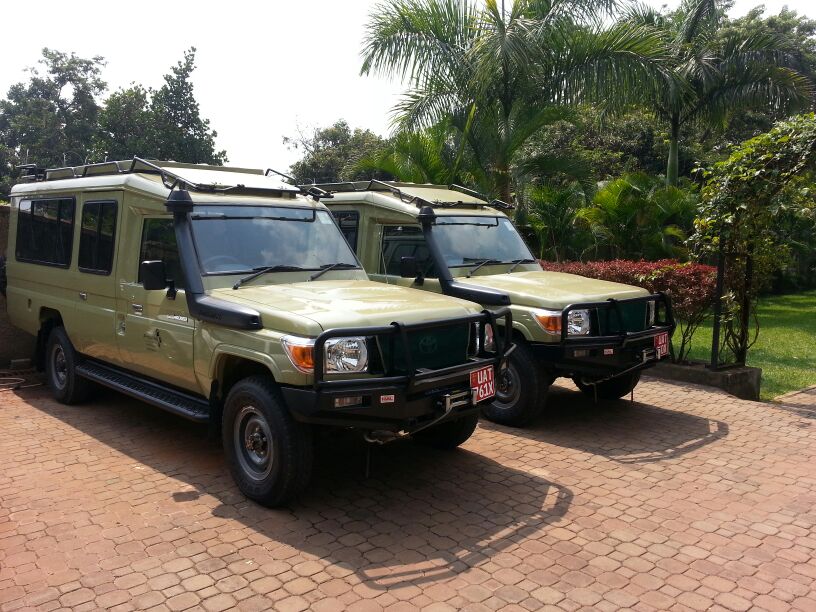 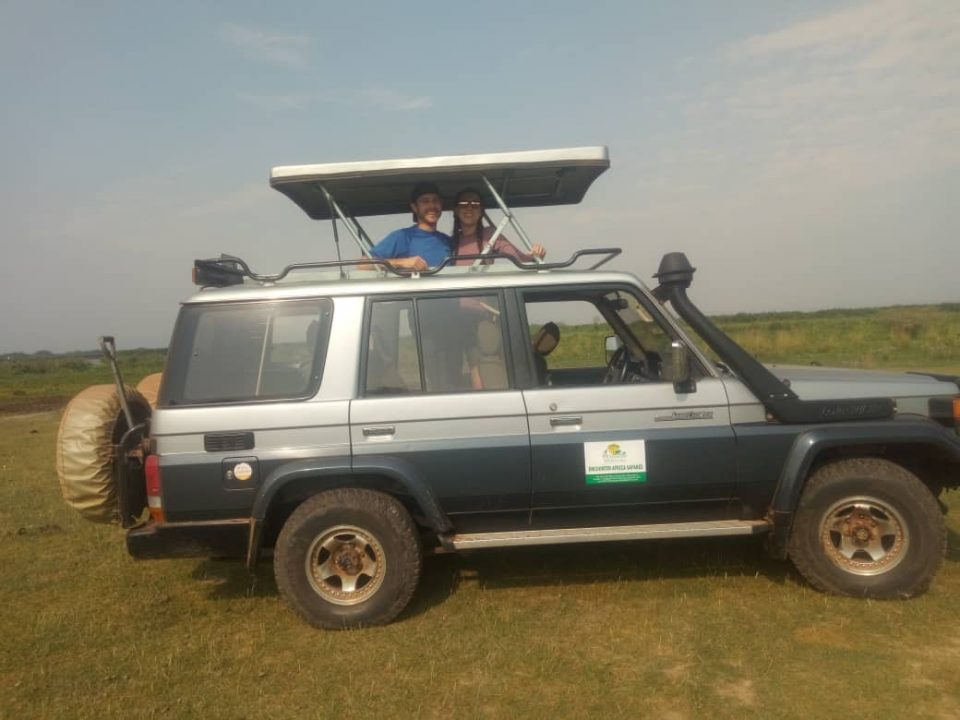 Why Uganda is the perfect post lockdown safari destination in Africa 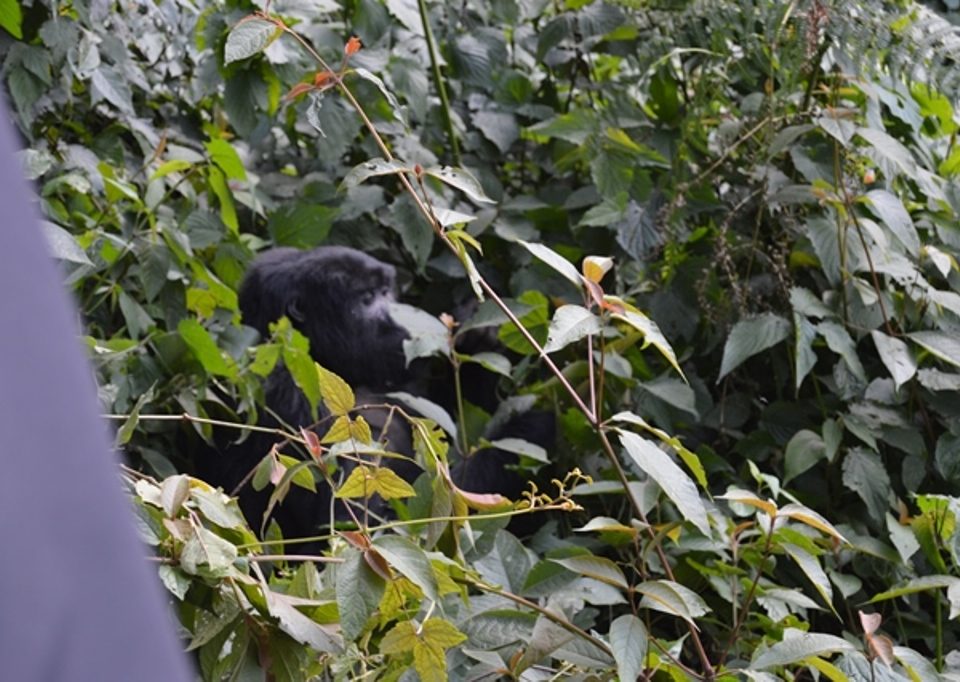 When to book a gorilla habituation safari 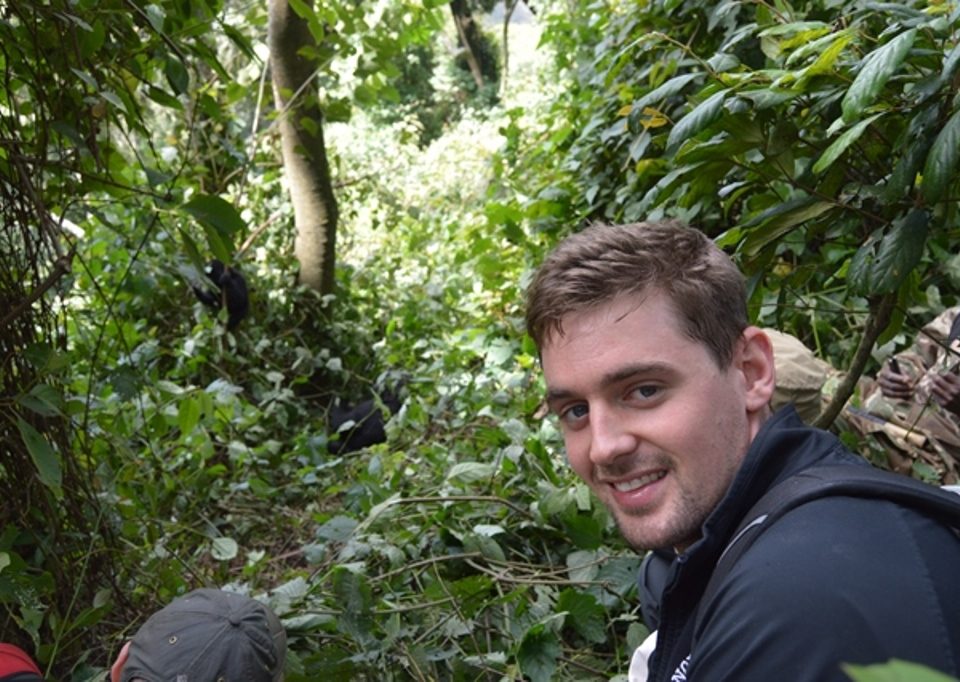 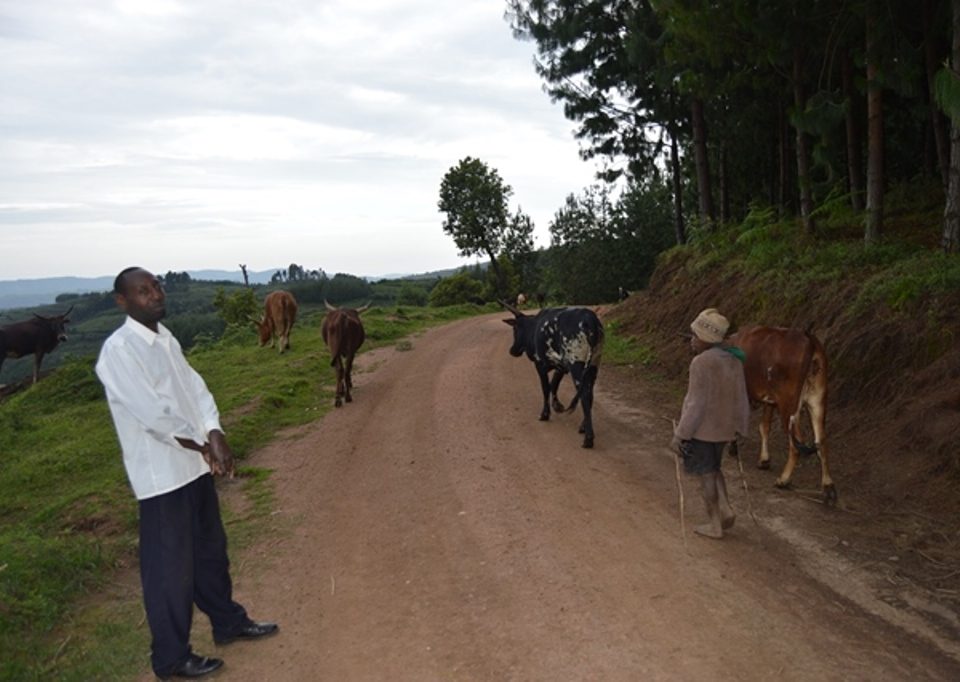