Located in western Uganda, Queen Elizabeth National Park offers one of the best opportunities for game safaris in Uganda. This National Park has both the south and the northern sectors from where you can enjoy game safaris. The southern sector commonly known as Ishasha is known for lions that climb trees and a game drive in this region will be truly rewarding. Two nights in this region will provide an opportunity to search for tree climbing lions and other wild game abundant here. To spice up you stay in Ishasha, you can enjoy sundowners and bush breakfasts. Mweya is the other sector of this park located in the north. You can enjoy game safaris in the savannah plains of Kasenyi or go for a game drive in the Crater Lake region. You stay in this region will also be enhanced by a boat cruise on Kazinga channel which is a highlight in Queen Elizabeth National Park. We can organize short trips ranging from three days and or combine Queen Elizabeth National Park with gorillas in Bwindi National Park or Chimps in Kibale National Park 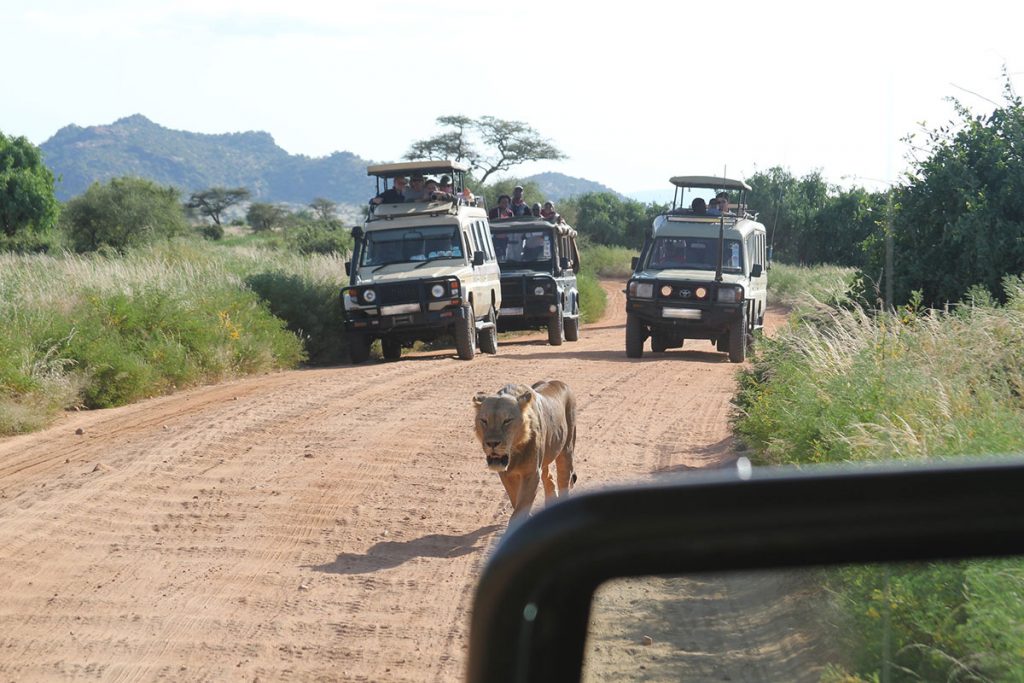 Murchison Falls National Park is located in northern Uganda and is the largest conservation area in Uganda. It has both savannah and forest environments and is crossed by River Nile giving it an advantage over other National Parks. Apart from boat cruises in this park, you can enjoy game safaris on the northern banks of River Nile popularly known as Paraa. Many wild animals such as giraffes, elephants, lions, leopards can be spotted in their natural environment. We organize both short and long safaris connecting with Murchison Falls National Park.

Located in the North Eastern extreme corner of Uganda, Kidepo Valley provides the best game safaris in Uganda. Game safaris here are punctuated with chances of seeing lions, large herd of Buffaloes, elephants, giraffes among others. The challenge with Kidepo National park is accessibility since it is far away from Entebbe/Kampala. While one can drive to and from, there both charter and scheduled flights to this National Park. A minimum of four nights in Kidepo Valley National Park will be truly rewarding.