How to organize a flying safari to Mweya and Ishasha

How to organize a flying safari to Mweya and Ishasha 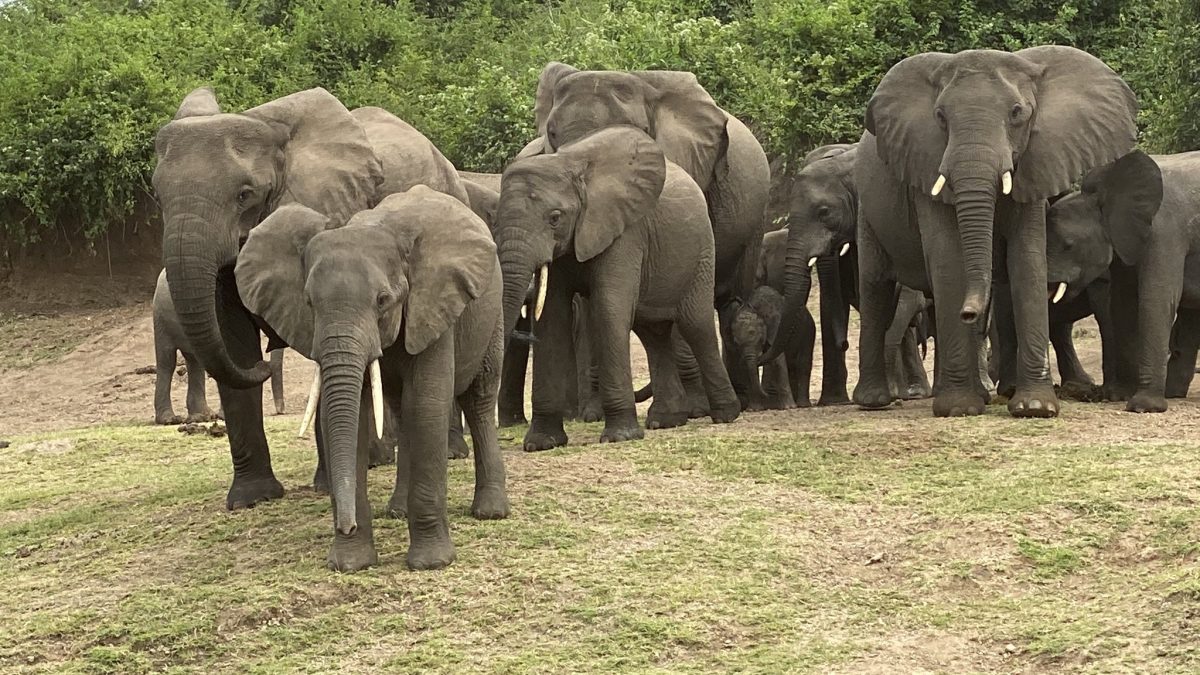 A flying safari to Mweya and Ishasha is for those interested in visiting both northern and southern sectors of Queen Elizabeth National Park by a domestic flight for wildlife viewing, boat cruise on Kazinga channel and community visits among other activities. Queen Elizabeth National park is located in the southern part of Uganda neighboring other national parks that is Kibale Forest National, Rwenzori National Park and Bwindi Impenetrable Forest National Park; it is divided into two sections that is northern and southern sectors of Mweya and Ishasha. Both sectors are famous for wildlife viewing where you have a chance to see all the Big 4 animals of the 5 however the southern sector that is Ishasha is known for its unique Tree climbing lions and this can be done when you organize a flying safari to mweya. Queen Elizabeth National Park is ranked as the second largest conservation area in Uganda after Murchison Falls National park, as well it is one of the best savannah national parks in Uganda for viewing wildlife and with this you have chances of seeing all the Big 4 animals among other wildlife including the unique tree climbing lions on your flying safari to Mweya and Ishasha.

What to do and see on a flying safari to Mweya and Ishasha.

In the Mweya and Kansenyi plains of Queen Elizabeth National Park, also rich with wildlife, visitors will find vast numbers of Uganda’s unique and strange Euphorbia, or “candelabra” tree.  The many nearby crater lakes and mountain ranges provide a beautiful backdrop for your journey as you view the wildlife. For more information contact us on how to organize a flying safari to mweya and ishasha

In the Ishasha sector of Queen Elizabeth National Park, also rich with wildlife, visitors will find vast numbers wildlife including the unique Tree Climbing lions. It is a great place for a sundowner safari as you enjoy the beautiful wilderness and open savannah vegetations.

Enjoy a leisurely boat cruise along the Kazinga Channel in Queen Elizabeth National Park.  You may encounter herds of elephant, buffalos and antelopes, families of warthogs, large groups of hippos, and crocodiles basking on the shore. Kazinga’s shores are a haven for numerous birds, including many migratory species as they make their way south to warmer climates. The cruise also provides a spectacular view of the beautiful Mweya Peninsula and life in local fishing villages set along the banks.  Kazinga Channel has three schedules where one can do a boat cruise. You may choose to do one that starts at 2pm, 3pm and 4pm. Many companies do offer these boat excursions at varying prices. UWA operates boats, as well as Marrassa and Uganda Lodges. For more information please contact our reservations desk.

While on your Mweya and Ishasha sectors of Queen Elizabeth wildlife safari, you may choose to visit Lake Katwe and witness how the local communities are harnessing park resource to earn a living. It is also an indication why Queen Elizabeth National Park was voted as one of the Parks where wildlife co-exists with human beings. For those who want to visit the local communities, we have the Kasoga community experience project in Mweya and Ishasha Uplift project in the Ishasha where the local community will share with you the hard experience of living near the park and how they have managed to co-exist peacefully with wildlife you will as well enjoy the cultural encounters and traditional dances.

Chimpanzee tracking is among the major activities done in Queen Elizabeth National Park. This can be done in Kyambura Gorge which is within the Park. The chimpanzee tracking is done in the morning and afternoon and we can book you the permits and organize this trek for you depending on the itinerary and timing of the activities. To participate in all mentioned activities, you will need more time to spend in Queen Elizabeth national Park and have a great memorable experience. Send us an email and we shall share all details and tailor this for you as per your interest.

How to access Mweya and Ishasha on a flying safari

A Flight to Mweya or Kasese is the easiest means of transport to access Queen Elizabeth National park which only takes you approximately 1hr 15minutes to get there. Both Mweya and Ishasha can be accessed by flying to Kasese Airport, Mweya Airstrip or Kihihi Airport; this will depend on the availability of the domestic flight operator and the routing available you plan to use. All the mentioned airstrips you will need to drive a short distance for you to access the park, with approximate time from the airstrips to Mweya and Ishasha being 1-2 hours from Kasese Airstrip, 45 minutes from Mweya Airstrip (this depends on the Lodge you are staying at) and then the long one is 3-4 hours drive from Kihihi Airport. Flights to Mweya Airstrip and Kasese Airport are highly recommended given you will get to the park earlier that when you fly to Kihihi. All flights start their journeys from either Entebbe International Airport or Kajjansi Airfield with this it will depend on the operator you have booked with to decide which place you will start your flying safari to Mweya and Ishasha from.

Booking a flying safari to Mweya and Ishasha

We can organize a flying safari to mweya and Ishasha. First we will need you to share with us your planned dates of travel so that we share with the local flight operators to check for availability of the routings to Mweya, Kihihi or Kasese Airports and once we confirm availability we will tentatively book for you as we wait on you to confirm and make payment. There are is as well charter flights available which you can book any time you want to visit Queen Elizabeth National park, if you want privacy on your flight you can opt for this, then as well charter flights can even land in small Air Fields hence reducing on the drive time from the air field to your Lodge. Among the major local operators with flights to Kihihi, Mweya and Kasese include fly Uganda and Aero Link Uganda. Flight fares to Mweya and Kasese or Kihihi range from the route you plan to take that is it is USD283 for a one way flight and USD472 for a return flight. On arrival at airport, one of our guides/vehicles will be waiting to transfer you to your Lodge and also take you for game drives and other activities there within.

Where to stay on a flying safari to Mweya and Ishasha

On your flying safari to Mweya and Ishasha we do recommend you atleast spend a night in either Entebbe/Kampala before the start day and at the end of your safari, this will help you catch up with the flight depart and return times then as well avoid the risk of missing the flight in case of uncertainties like loss of your luggage, missed connecting flight to Entebbe among others.

What is the best time for organizing a flying safari to Mweya and Ishasha?

Uganda being crossed by the equator which also crosses Queen Elizabeth National Park has a modified equatorial type of climate with two rainy seasons and because of this people tend to associate drier seasons to be the best time to visit Mweya and Ishasha. This is true because when it is raining, it becomes hard to drive through the park for wildlife viewing because of the heavy rains that make the trails too slippery. The best time to organize a flying safari to mweya and Ishasha is during the months of December to February and then June to October which are relatively dry than March to May and November.

Encounter Africa safaris started in 2011 offering amazing experiences to Uganda and Rwanda but have since expanded to offer safaris to Tanzania, Kenya and Democratic Republic of Congo. Our magic in organizing authentic experience stems from the fact that we have overtime assembled a team mixed with young and energetic staff guided by well experienced mature managers and directors who are Ugandans and passionate about what they do. If contacted, one of our staff will assist in providing accurate and timely information that you can rely on. Encounter Africa Safaris is highly rated and reviewed on TripAdvisor and Safari bookings. 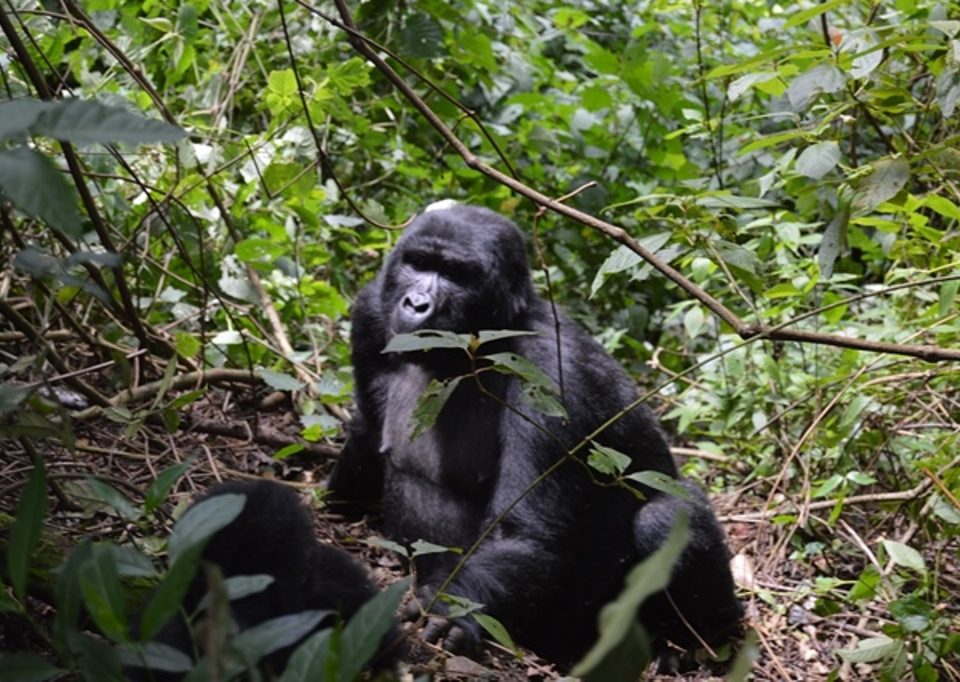 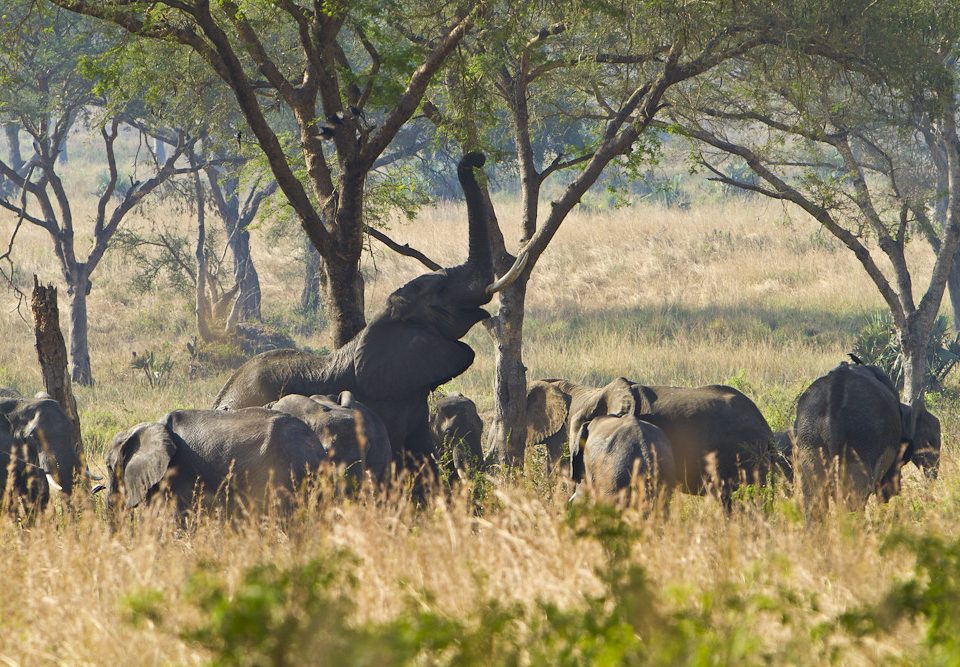 
See gorilla trips
GET A QUOTE
Share
Start chat
1
Let's chat!
Hey there,
We would like to help you put together a great African trip. Hit this button to start the conversation!
Powered by