Nkuringo gorilla group is located in Nkuringo is among three gorilla families in this part of Bwindi Impenetrable National Park. You can book your accommodation at Clouds Lodge (Upmarket) or Nkuringo Gorilla Camp (Basic Accommodation). The drive time from Kampala to this part of the park is approximately 9-10 hours depending on stop overs you will make, weather conditions and the like. Those not interested in driving for long can opt to fly into Kigali Rwanda and drive 4-5 hours to Bwindi. Check out our Bwindi gorilla safari holidays starting and ending in Kigali .

Composed of 12 individuals; 2 silverbacks (1Silverback Rafiki was brutally murdered by poachers in June 2020), 1 blackback, 2 adult females, 2 sub-adults, 3 juveniles and two infants, Nkuringo family is found in Nkuringo tourism sector of Bwindi Impenetrable national park.  Nkuringo family was the first gorilla group to be habituated in the entire southern sector of BINP in 1997. Initially, the group had 17 but with time a number of members kept dispersing up to the current size of 12 members. Nkuringo family is also the first gorilla group to record the birth of gorilla ‘twins’ in BINP in December 2004. The group is famously known for foraging outside the park for up to 98% of their time. This practice led to the displacement of the former local human settlers in the frontline villages in Nkuringo sector to create a buffer zone to minimize human-wildlife interface. This displacement followed an outbreak of Scabies in the Nkuringo family in December 2000. Nkuringo family has always been headed by Rafiki. However, in June 2020, a group of 4 hunters speared down Rafiki. This group was opened for tourism in 2004. Nkuringo is the Rukiga word for round hill. The group was first spotted and targeted for habituation at a hill named Nkuringo. This hill is not peaked and can be distinguished by its rounded crest. 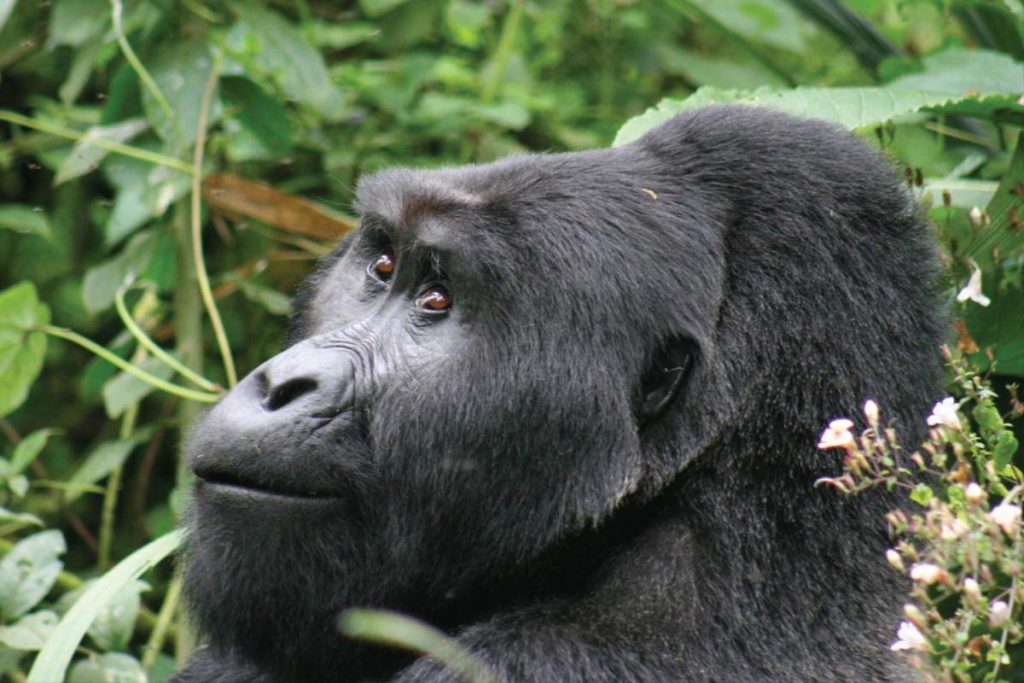 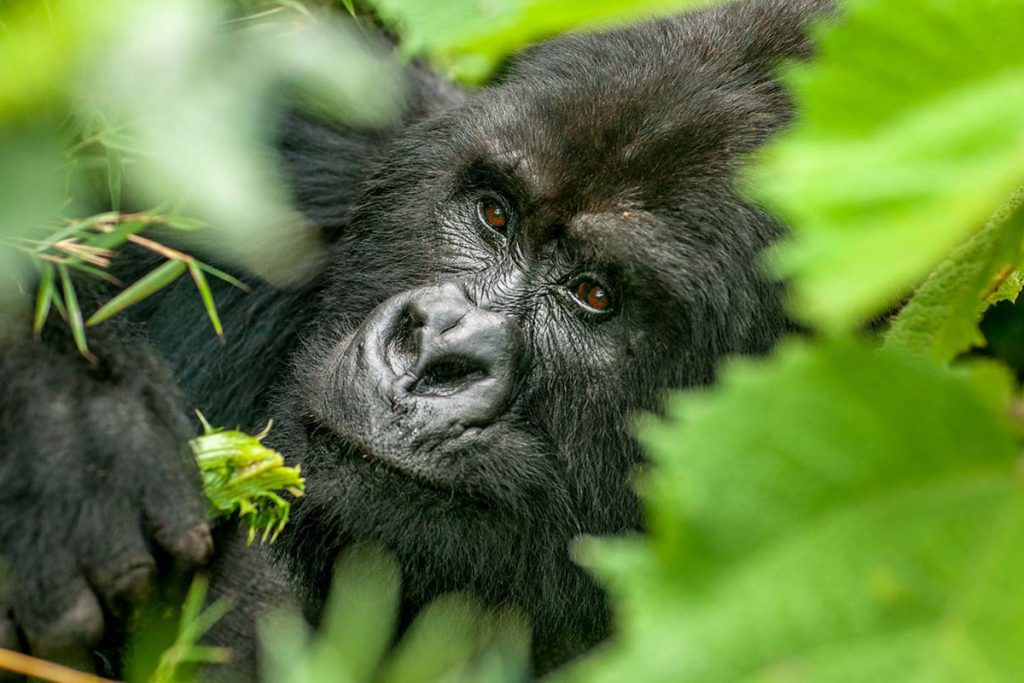 In the first few months of contact with the group, the habituating trackers noted that it was under the leadership of an elderly silverback, who they naturally named Nkuringo. However, even then, Nkuringo’s son, Safari, had began calling the shots and, as heir-apparent, he had apparently taken over most of the leadership responsibilities. The aged Nkuringo died on 27th April, 2008, leaving behind two silverbacks in the group, Safari and Rafiki. This meant that the threat of a leadership showdown was expected. How did the situation resolve itself? Was there a battle of biblical proportions to determine dominance?  Rafiki now deceased took of over power until he has killed by poarchers who claim that they did it in self defence. Nkuringo gorilla group has no silverback and UWA speculates that Wild and un habituated silverback may takeover this family making it hard to trek it. For more information about this gorilla family and our post lockdown deals, please contact us

These gorilla tour packages are some of the most requested ones. Encounter Africa can customise any one of them to suite your preferences.

START PLANNING YOUR GORILLA TRIP
WITH AN EXPERT OPERATOR

Things You Should Know

On paper, the best time to trek gorillas in Uganda and Rwanda is during the drier months of June, July, August and early September. During these months, these months experience less rainfall compared to months such as April, May and November.

A gorilla permit is a must have document to be allowed into the jungles to track these wonderful creatures. Encounter Africa Safaris provides relevant gorilla permit booking information for Rwanda and Uganda to enable you plan your gorilla safari well.

What Should You Pack?

One of the most asked question about gorilla trekking is what to pack for a gorilla trek in Uganda or Rwanda. You need Hiking boots, a rain jacket, garden gloves, long sleeved shirts, a backpack, drinking water, energy giving foods among others for you to successfully prepare for your gorilla trek.

If you’re planning a gorilla trip (which of course you are because you’re here), you need to know the tracking rules and regulations to avoid getting in trouble with the law makers. Be quiet, don’t throw gabbage in the forest, don’t get so close, avoid camera shatter sound and bla bla …