Mountain gorillas live in two central Africa isolated habitats: one spread over three national parks in Uganda, Rwanda, DRC, and the other in Bwindi Impenetrable National Park within the borders of Uganda extending to Sarambwe National Park in DRC. As their name suggests, they live in the mountains between 8000 to 13000 feet in elevations.

About 1075 mountain gorillas remain in the two forest habitats, and more than half live in Uganda’s southwestern region.

Considered the most powerful primates, mountain gorillas can weigh up to 218 kg (485 pounds) and stand at the height of 4 to 6 feet (1.2 to 1.8 meters tall). To stay warm in higher altitudes, mountain gorillas have thicker-longer hair than the other gorilla species you see in zoos and tend to be larger with shorter arms.

One would expect to find mountain gorillas in trees, but they spend most of their lifetime on the forest floors living in patriarchal communities called troops or bands. Each group can consist of about 25 to 35 members led by an older, adult male, called a silverback, dominating over several females, young ones, and other premature males.

The male silverback acquires its name at around twelve years, when he develops light grey hair on his back, giving him a distinctive silver fur colour on his back.

Hierarchy is evident and essential within the gorilla family; the dominant male silverback enjoys the highest rank, and the adult females rule over the younger ones. However, like other species in the animal world, adult males achieve a high ranking because of their size and aggressiveness.

A male mountain gorilla silverback can reach 1.8 meters standing upright and weigh up to 200 kg. Besides the strength, they also have to prove their experience and abilities. In addition, they have to protect their family from danger and intruders.

The dominant male silverback is responsible for organising group activities like choosing foraging and nesting spots and ensuring the group stays protected within their home range of about 1.9 to 41 sq km. In addition, the silverback usually helps out with the education of the young by playing with them or watching over them when necessary.

Please take a look at some of our pre-planned gorilla safari trips ideal for watching the primate’s lifestyle in their natural habitat. Remember, we can customize any of these trips to your choice of travel style and budget. So just take a look and call on us to help you start planning. 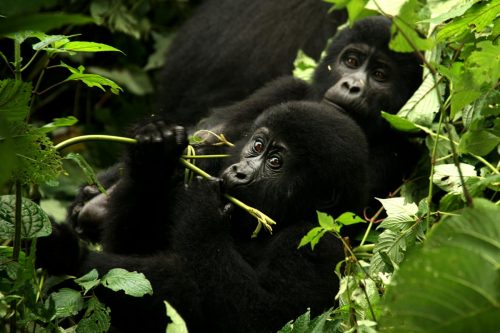 Enjoy a scenic drive in the lands of a thousand hills to the Pearl of Africa where you will track mountain gorillas in Bwindi Forest. 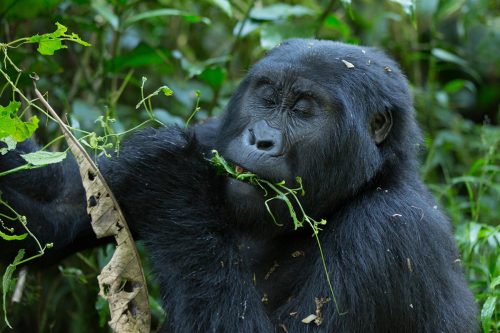 Feed your eyes with glamorous beauty of the natural habitant which is a home of gigantic wildlife creature i.e. gorillas. 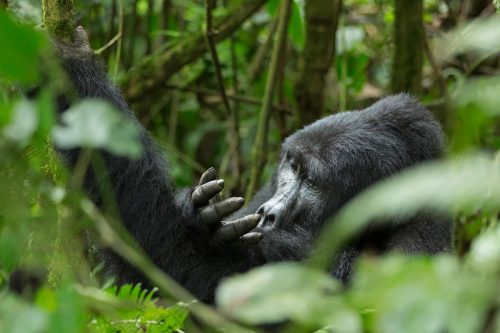 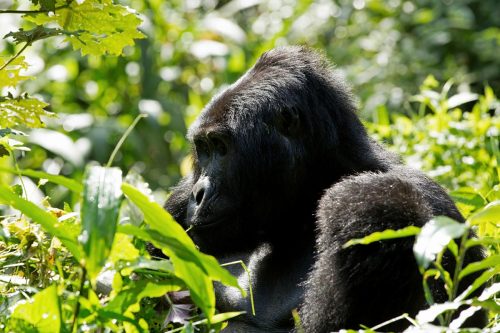 Female gorillas can take up to four years between births, ensuring a slow gorilla population growth. The gestation period of a gorilla is approximately 8.5 months. Unfortunately, at least 30% of newborns do not survive their first year due to diseases and accidents. In other cases, baby gorillas are killed during take-overs—when their father dies, another silverback takes over. This new male often kills all the babies of his predecessor, securing his genes in posterity.

When a baby gorilla is born, it weighs on average 2.5 kg, which is about half the weight of a human baby. However, this baby develops twice as fast. Within 40 weeks, it can walk and reaching three years; it slowly becomes independent. At six years, they are about 1.20 meter tall and weigh almost 70 kg.

At this age, the female gorilla matures, though they continue gaining weight for the next four years. Males, on the other hand, do not reach maturity till they are ten years old. When their black back starts turning into grey, it is time for them to leave the parental group. So they wander alone or join other males for some time before attracting females who will join them. In this way, they form their own family.

A DAY IN A LIFETIME OF A GORILLA

Having spent the night in a freshly constructed nest, the ordinary day of the mountain gorilla life starts at sunrise, around 6:00 am. Then, they wake up and spend the most significant part of the morning foraging for food.

In general, a gorilla spends about 30% of the day feeding, 30% travelling and 40% resting, grooming, playing and fornicating. In contrast to many primates, the gorilla lives mainly on the ground. Ina single foraging day, they can travel less than a kilometre per day within their home range of about 41 square kilometres.

Although gorillas are vegetarians, they occasionally may eat snails, ants and bark (a good source of sodium). Their daily meal consists of roots, leaves, stems, the pith of herbs, vines and shrub, and some fruits. During certain months of the year, bamboo shoots supply a significant part of their diet as well. A male adult can even eat up to 20 kg per day.

Because the gorillas receive a large quantity of water from their diet, they rarely drink water.

The afternoons are mainly spent resting and playing. This last activity is critical in the gorilla social life, especially for young gorillas, as it determines their integration into the troop. They hug and groom each other, bite, hit or wrestle till one is pulled down on the ground.

Just before dusk, the great apes start constructing a nest where they will spend their night. Every single gorilla has its own nest, except for the infants who sleep next to their mothers. Nests are built on the ground or in trees and are carefully constructed by branches of bushes and other plants. 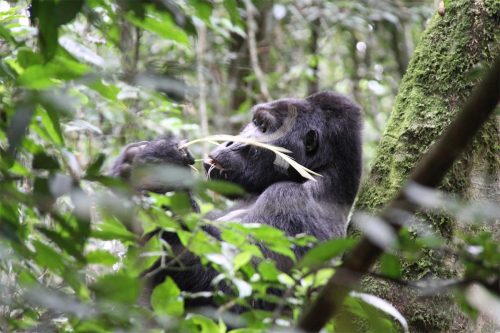 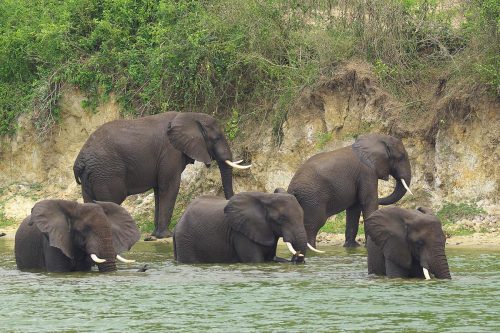 This trip gives you a chance to visit queen Elizabeth National Park for game viewing and later track gorillas in bwindi forest. 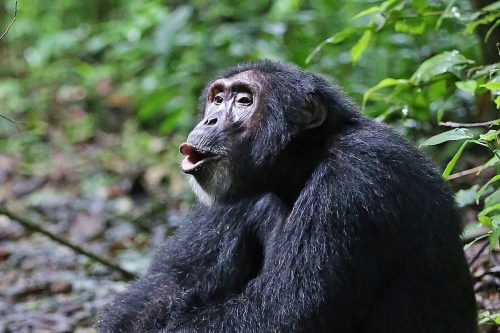 WHERE TO WITNESS GORILLA LIFESTYLE

You’ll need to purchase a gorilla permit to see the mountain gorilla lifestyle in any primate habitats. Each country’s wildlife authority issues gorilla permits at a price that hugely contributes to the gorilla conservation efforts. For example, Uganda charges USD 700 per permit but sometimes offers the permit at a discounted price of $400 per person. Rwanda is offering gorilla permits at $500 per person until the end of 2022.

I know you’re looking into watching gorillas and their lifestyle right within their natural habitats. So if you’re planning to visit the rainforest, come! Let Encounter Africa help you book your gorilla permit, handle your ground operations and book you into the best facilities that will watch out for your safety during your journey.

Encounter Africa has been taking tourists to see mountain gorillas in Uganda and Rwanda since 2010. Our reviews show off how excited and happy we’ve managed to pull off these primate holidays for years. Trust us to give you better than you expect.