Drive time to Bwindi Impenetrable National Park basically depends on where you are coming from. From Entebbe International Airport, which is the major entry point to Uganda, you will drive for approximately 9-10 hours to rich Bwindi National Park for your gorilla trek. This journey is not a boring one as it takes you through different regions and districts of this beautiful country Uganda. You may have a stopover at the equator, road side craft and fresh fruit shops. The beautiful sceneries of the Kigezi rolling hills, changes in vegetation, rivers and escarpments before reaching the home of mountain gorillas. In terms of kilometers, from Kampala to Bwindi is 550 kilometers on a fairly good road that is currently under construction. The section from Rukungiri town to Bwindi is a bit bumpy so there is need to reduce speed.

If you are coming from Lake Mburo National Park, the drive timeto bwindi is approximately 6-7 hours. Most companies prefer stopping over at Lake Mburo National Park from Entebbe/Kampala to break the long journey. If you are from Queen Elizabeth National Park, the drive time to bwindi is approximately 5-6 hours passing through ishasha section of the park, to Kihihi town and then Buhoma Sector of Bwindi Impenetrable National Park. The Ishasha road sometimes is impassable more especially in rainy seasons when bridges tend to breakdown partly due to heavy down power and heavy tracks going to the Democratic Republic of Congo. When this road is impassable, there is a short cut that drivers use but in most cases, you might find yourself using the Ishaka road then Rukungiri to Nengo and then Kihihi and lastly to Buhoma.

If you are going to other regions of Bwindi Impenetrable National Park such as Bitukura, Rushga or Nkuringo, the drive time changes slightly but the above should give you a clear picture. For more information about drive time from one tourist site to another, please do contact us.

OTHER DISTANCES AND DRIVE TIME TO BWINDI

Those interested in Chimpanzee tracking in Kibale National Park, you will have to drive approximately 5-6 hours from Entebbe international Airport because it is approximately 350 kms. If you are coming from Bwindi, you will have to drive for 6-7 hours through Ishasha Section then to Kasese, Fortportal and then to Kinale National Park. There is an alternative route used especially if you are coming from Lake Mburo. Instead of driving back to Kampala or to Kases, you can use Ibanda road which will take you to Kamwengye then to Kibale National Park.

This park is popular for not only tree climbing lions in Ishasha but also the popular boat cruise on Kazinga Channel which has the highest concentration of Hippos in the whole world plus over 600 species of birds. from Kampala, you drive a distance of 460 kms for approximately 6-7 hours. From Bwindi, it takes 2-3 hours and you will be in Ishasha and if you drive an extra two hours, you will be in the Mweya sector which is in the northern part of the park 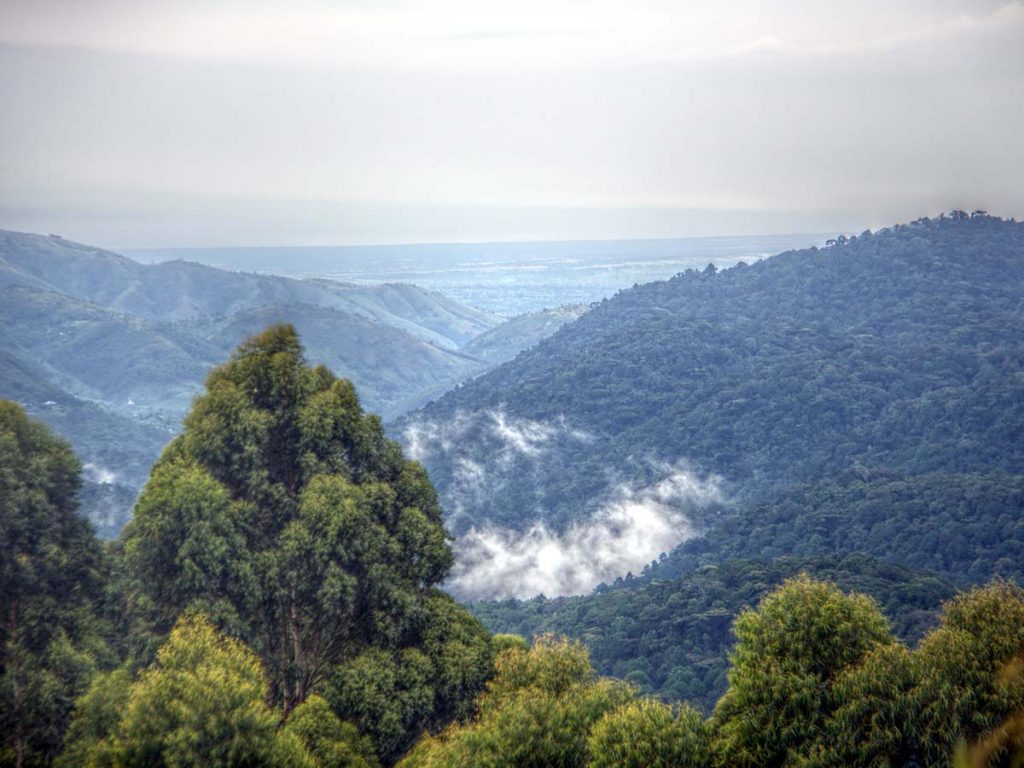