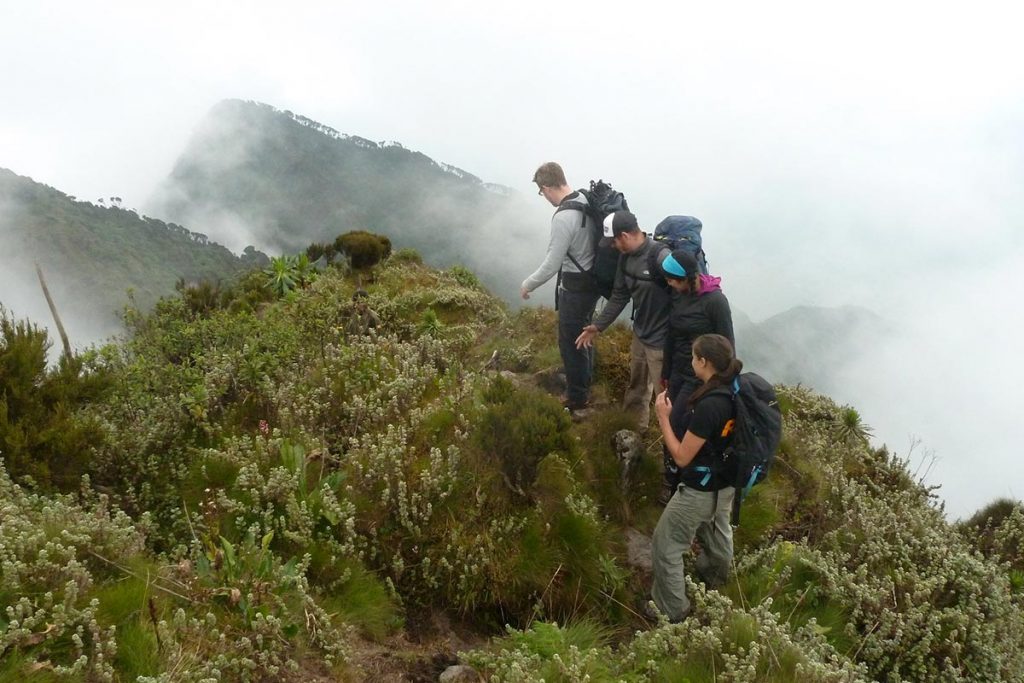 Mgahinga gorilla National Park can be accessed from Rwanda just one hour drive from Chanika boarder, driving for about fifteen minutes from the boarder to Kisoro town from where you will drive on s rough and stoney road that will lead you to Mgahinga park headquarters. If you are driving from Entebbe/Kampala, then it will take you approximately 9-10 hours drive through small towns of Mbarara, kabale to Kisoro town from where you will then drive to the park headquarters. For those interested in flying, scheduled flights depart from Entebbe to Kisoro airstrip from where you candrive to the park head quarters. 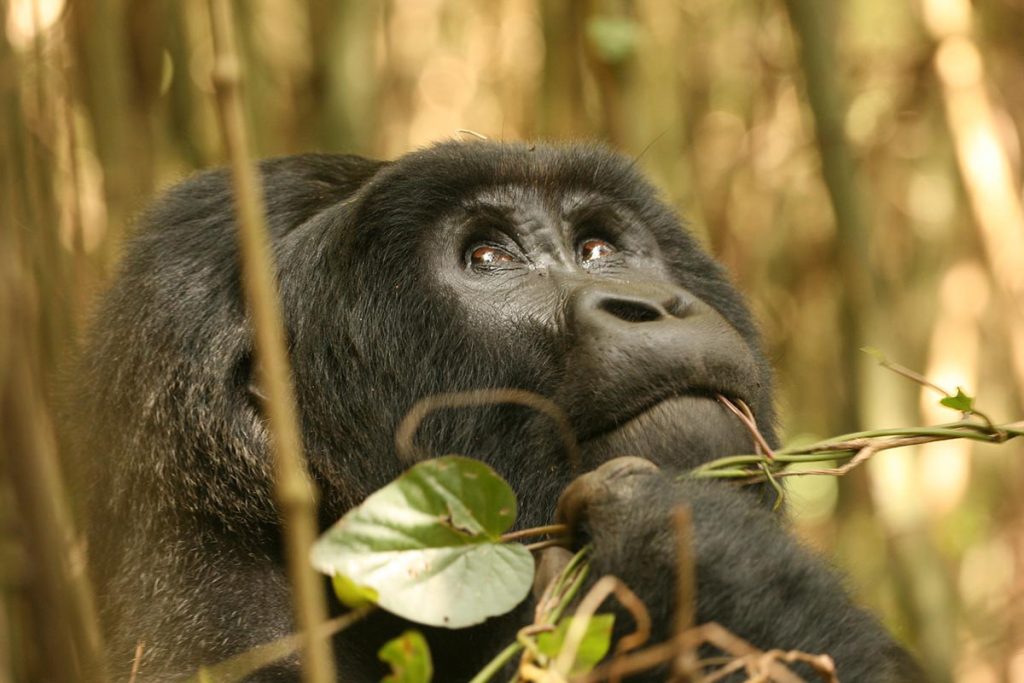 Mgahinga Gorilla National Park just like Bwindi Impenetrable National park is popularly known for gorilla tracking. One habituated gorilla family is habitat in this national park for gorilla tourism. This gorilla family used to migrate from Uganda to Rwanda as its range is shared between the three countries of Uganda, Rwanda, and DRC, but of recent, this family has stabilized in and can be trekked occasionally. Prior to that, its gorilla permits could be booked on ground but can now be booked at Uganda wildlife Authority head quarters in Kampala. Mgahinga National Park also attracts a sizeable number of tourists interested in hiking three instinct volcanoes of Mgahinga, Muhavura and Sabinyo. For those interested in trekking golden monkeys in Uganda, then Mgahinga is the national park to visit. As part of community and cultural tourism, there is a cultural trail by the Pigmies who used to stay in caves on Mgahinga. 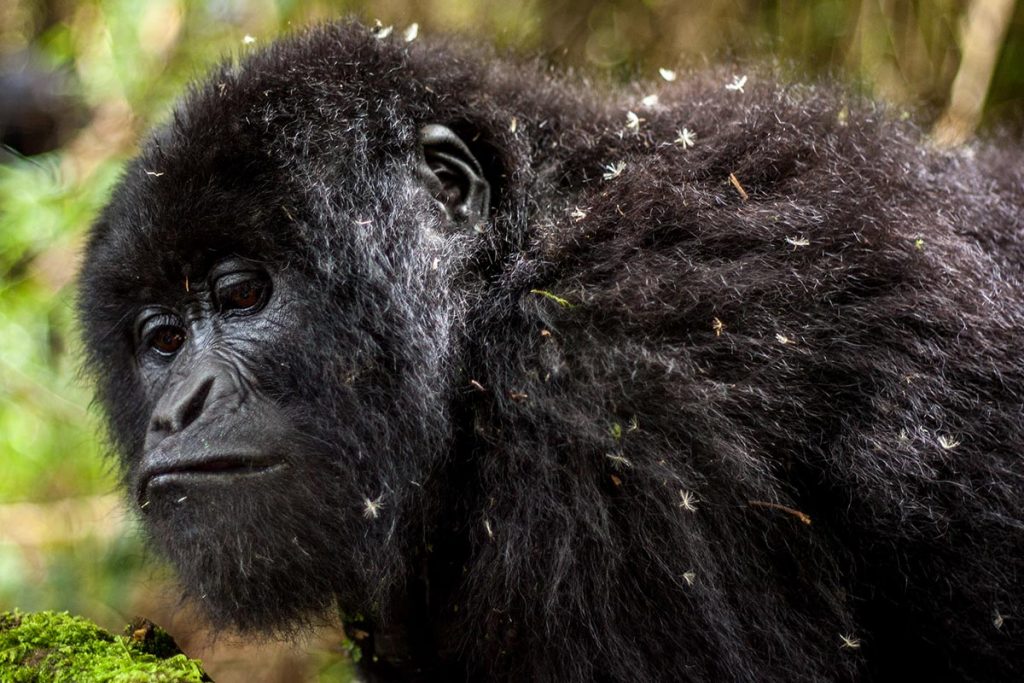 Following breakfast at the lodge, travel to the Park Headquarters to meet your guides for the day and begin your gorilla tracking experience. Experienced guides and trackers will accompany your party on an early morning trek into the dense rain forest on the mountain slopes. The journey, through dense foliage and up steep climbs, is abundantly rewarded with the lifetime experience of viewing mountain gorillas in their natural habitat. You will have an opportunity to be within metres of these magnificent apes, sharing in their daily lives and experiencing their day-to-day activities. Mountain gorillas are extremely rare with only an estimated 700 remaining in the wild. This is an experience you won’t soon forget!

Following the trek, return to your accommodation and, if time allows, take a guided afternoon forest or community walk. Please note: tracking may be fairly strenuous with treks up to six hours or longer, at high altitudes, not uncommon. Also, mountain gorillas are wild animals and, as such, sightings cannot be guaranteed. However viewing success rates are over 90%. 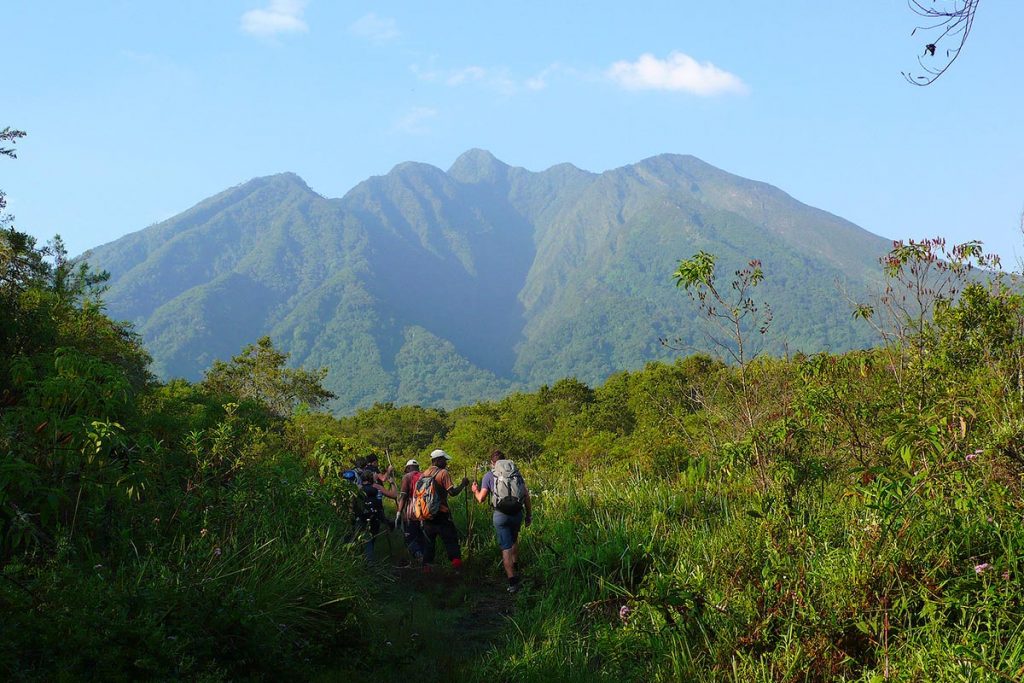 Following an early breakfast, depart for Mgahinga gorilla National Park Headquarters where you will meet your experienced guides and porters and begin your climb up one of the Virunga’s majestic volcanoes. This small park, covering just 38 sq km, is set on the northern slopes of the Virungas, providing visitors with spectacular views and the chance to stand simultaneously on the borders of Uganda, Rwanda and the Democratic Republic of Congo. There three volcanoes which you can climb and they include Muhavula, Sabinyo and Mgahinga which are part of the virunga ranges. This climb helps you to have a great view of the three countries of Uganda, Rwanda and Democratic Republic of Congo. 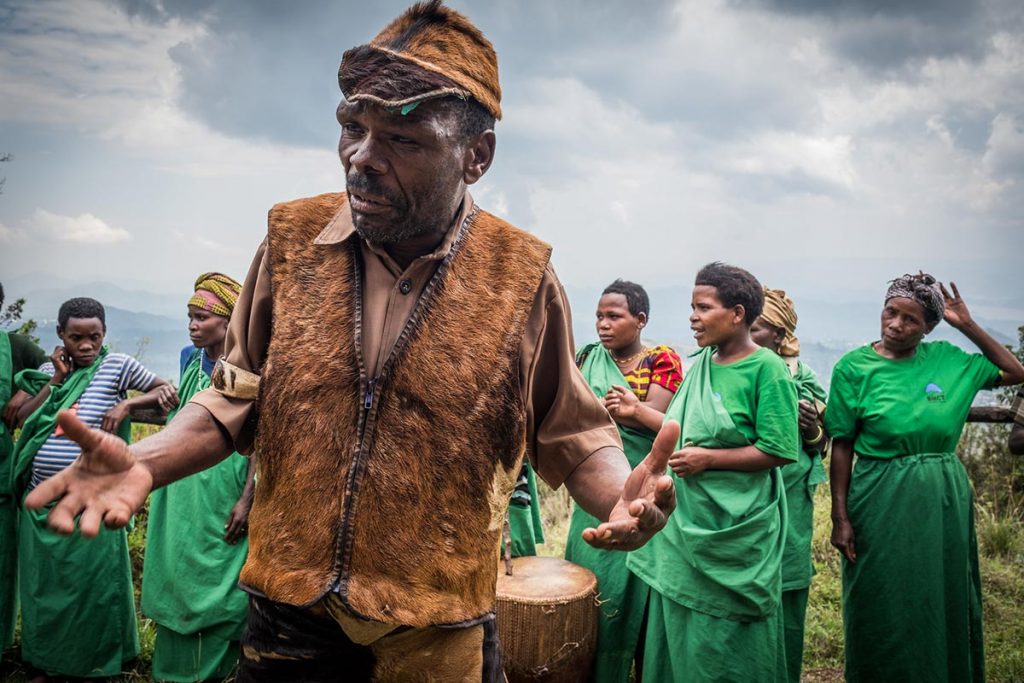 Depart for Mgahinga gorilla National Park’s Batwa Forest to learn about the lives of the Batwa Pygmy tribe. These native people depended entirely upon the forest for survival until 1991, when they were forced by Uganda’s government to relocate based on concerns about the negative impact their activities were having on the park. Meet tribe members and experience the traditions and practices of these unique people, including a visit to the home of the Batwa King and cultural dances performed in local caves.